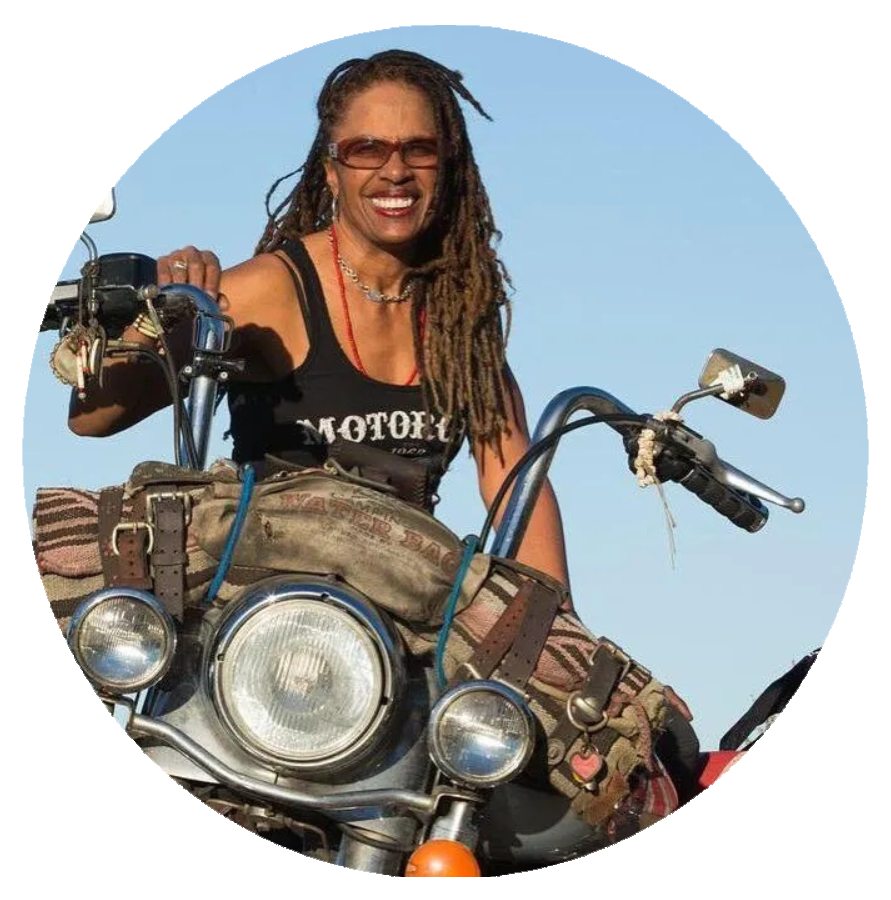 Gevin Fax, a brave black lesbian motorcycle rider and stuntwoman, who has logged over one million miles on her various bikes. Her life motto is “Live Your Dare,” and she’s got stories to tell! She’s a legendary member of The Litas, the world’s largest all-female collective with 5000 women in 200 cities, and is a spokesperson for Harley Davidson and Polaris. We talk about finding your way when you’re “different” and finding your tribe in the process.

A native Californian, Gevin’s passion for music (playing and singing) was well-defined by the age of 13 when she learned to play the guitar at catholic school. Her family relocated to Ohio when Gevin was 15 and she sang from then on. She made her Hollywood debuts at the Whiskey-a-Go-Go and The Troubadour. Her explosive vocal quality, unique style, and charismatic presence has captivated even the most opinionated rock and roll music fans.

Gevin’s on-going love for motorcycles landed her a principle role in a Turner Broadcasting Documentary called, “Biker Women”, in which she not only rode her Harley Davidson across the country, but also sang in several shows along the way. The documentary aired worldwide on TBS, Life Time, The Learning Channel, and The Discovery Channel. Gevin is also a 4-time Cover Girl and has appeared in Rolling Stones, People, Time, and various magazines all over Europe.